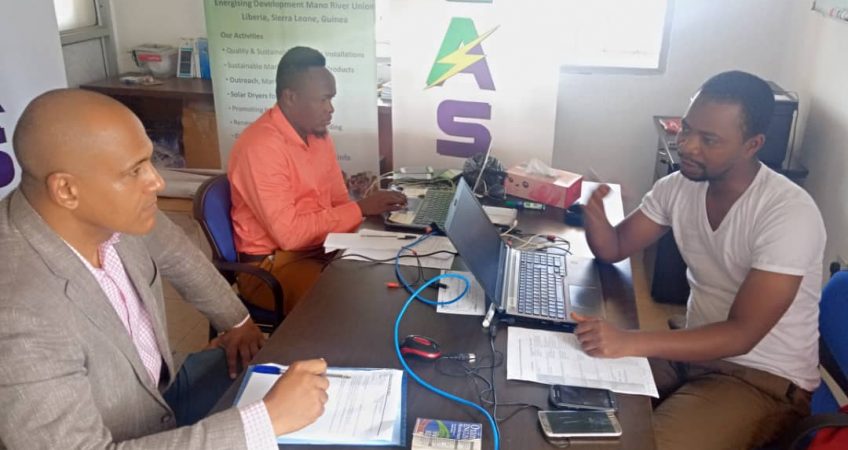 Posted by reasl In News & Events

The newly elected President, Mr Kofie Macauley paid a curtsey visit to the GIZ/EnDev team to familiarize and get a clearer picture of their current activities and objectives and to also find possible ways of strengthening the partnership between the two institutions.

Since the inception of REASL, GIZ/EnDev has provided them with a shared office space as part of the program’s support to the renewable energy sector in Sierra Leone.

In their introduction, the Program Officer Foday Sheku Dumbuya thanked him for such a kind gesture benefitting from one of his first visits as president. He highlighted some of their activities which include:

In his response, Mr Kofie Macauley commended GIZ/EnDev on their work so far but had some reservations about their exit strategy (if any exists) and methodology. He stated that most donor projects fold up after the implementing partners are gone; therefore it will be an added advantage if more local organizations are equipped with the required capacities to handle activities in the long run. He mentioned some areas where EnDev can improve on implementation

A meeting in the future between both parties was agreed